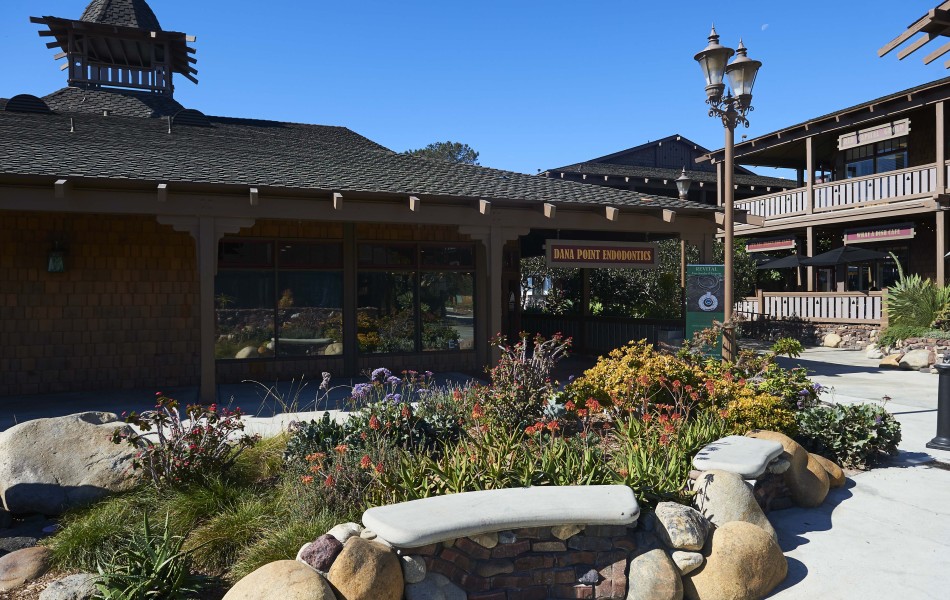 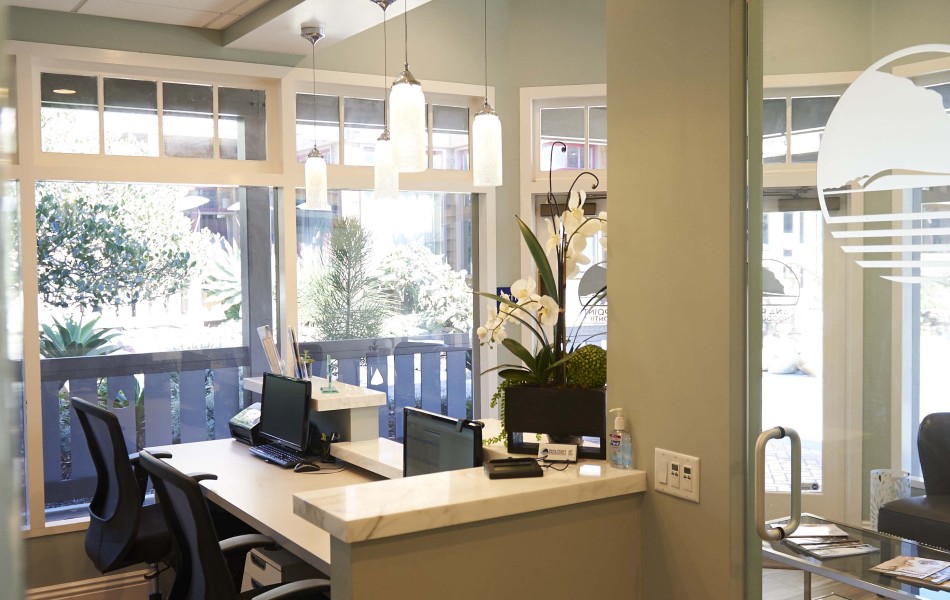 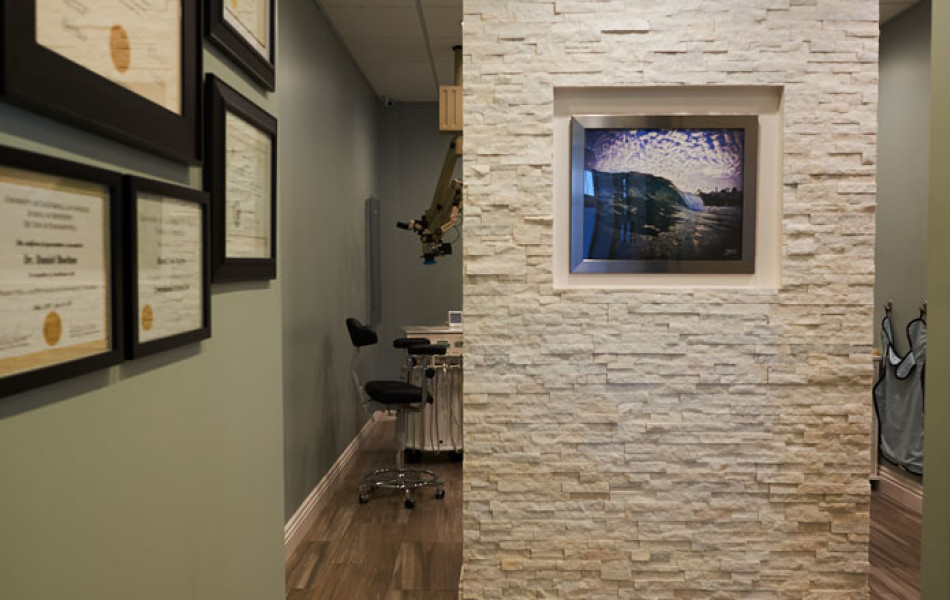 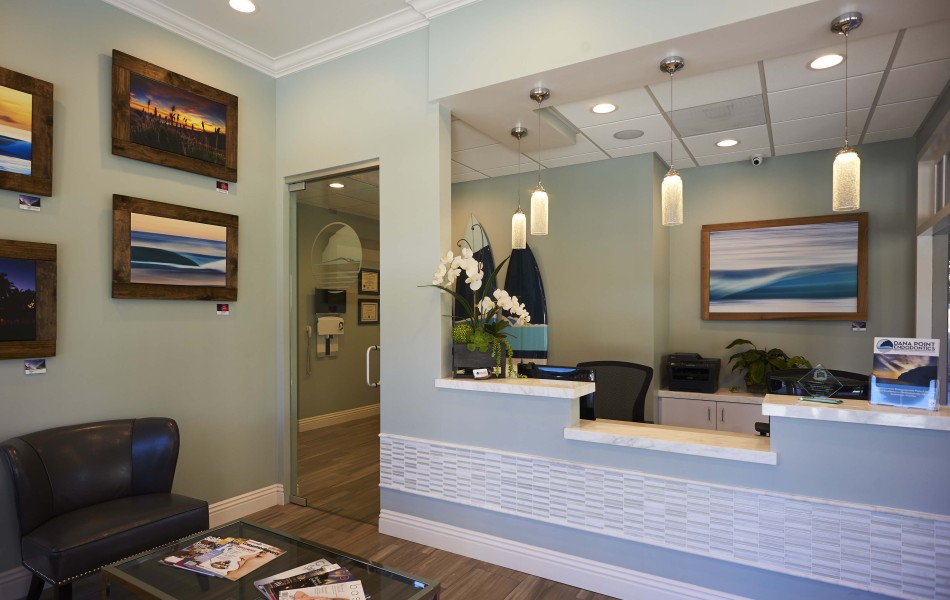 TO HEAR Dr. Daniel Boehne talk about endodontics helps illuminate the vision on which he based his practice’s design.

“Using conventional radiography before Cone Beam came out, this is what you dreamed you could have but never thought possible,” he says. “You can literally count the number of canals inside a tooth.”(Don’t even get him started on microscopes.)

As an instructor of endodontic techniques at the UCLA School of Dentistry, Dr. Boehne, 39, stresses the vital role new technology plays in modern dentistry. When discussing the aesthetics of his Dana Point Endodontics practice in Dana Point, California, just down the coast from Los Angeles, his tenor is the same. 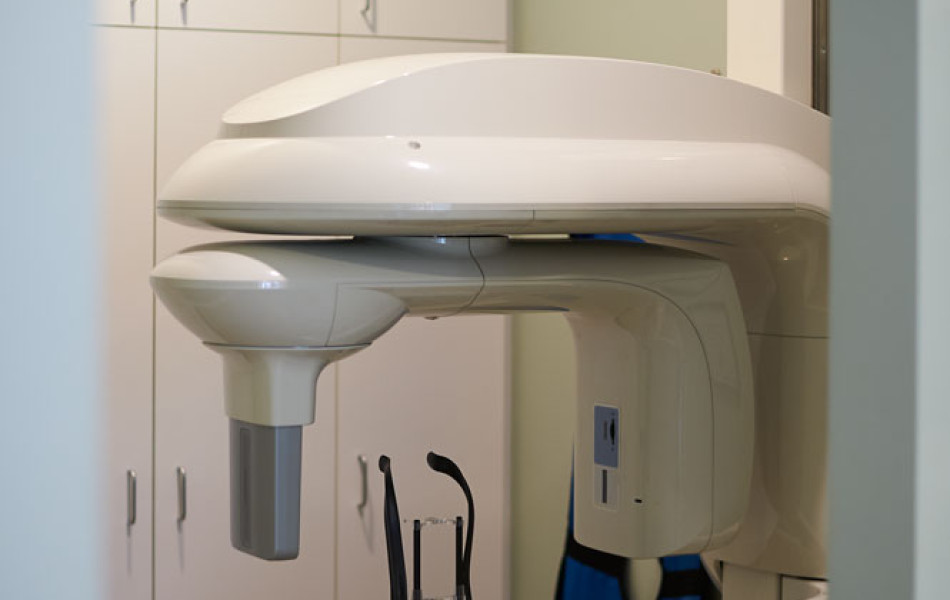 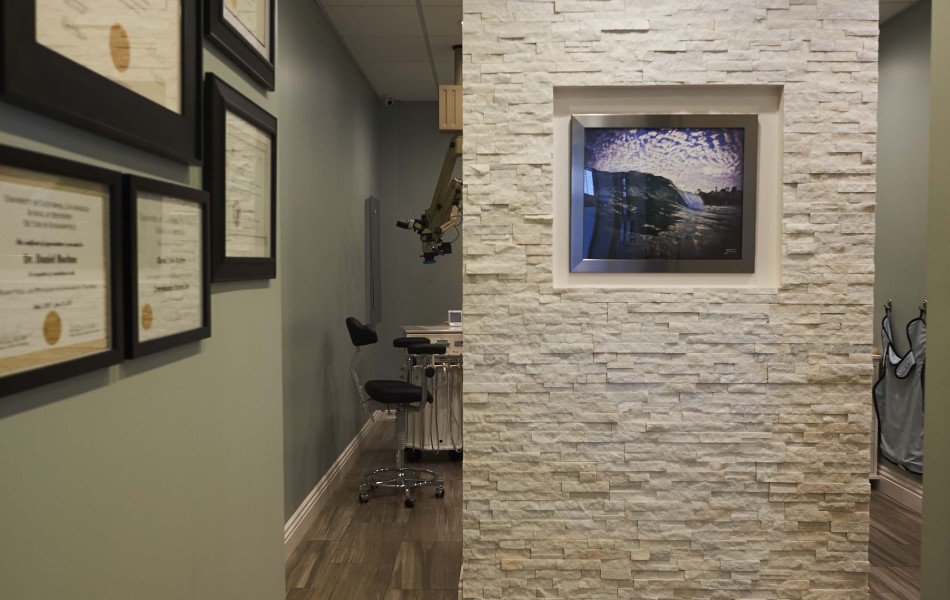 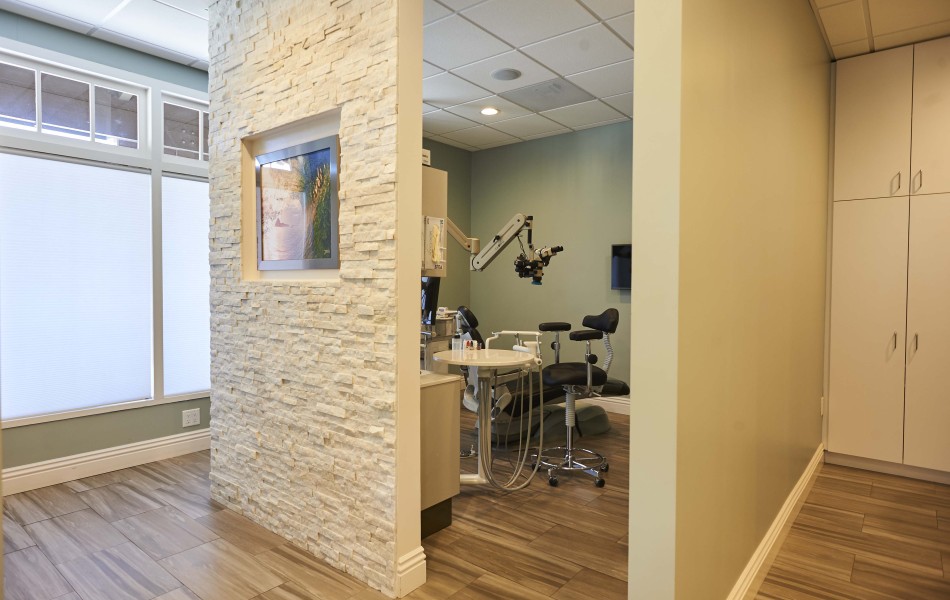 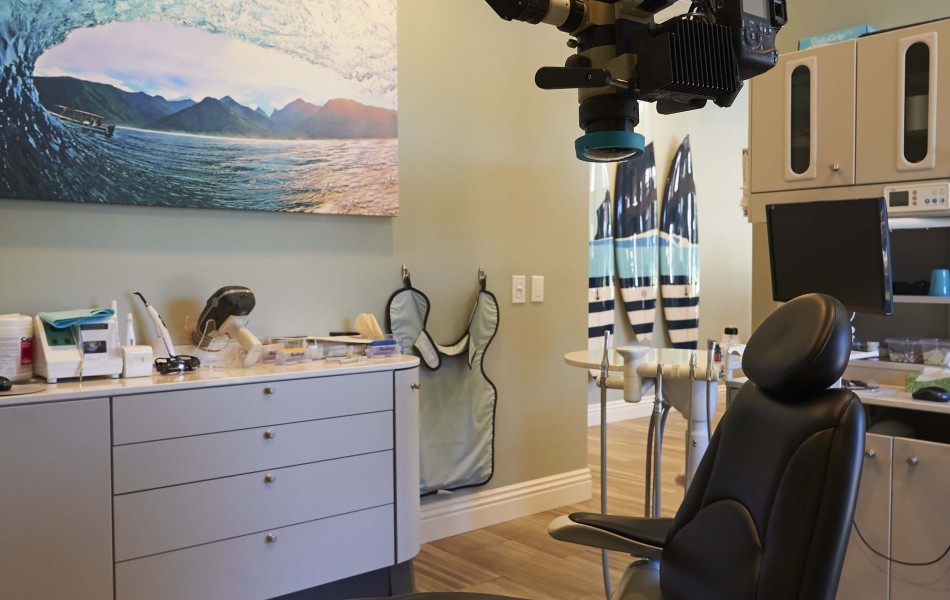 “We fit everything we need to perform world-class endodontics into a small [1,121-square-foot] space,” he says – an array of high-tech gear that is contrasted starkly by the practice’s day-by-the-ocean feel. A passionate surfer, Dr. Boehne initially balked when interior designer Suzanne Jardin suggested it: “Our office is across the street from the beach, so she wanted a beachy theme. I wanted a different direction but went with her advice, and it turned out great.”

The doctor himself, however, authored the practice’s keen functionality; all the endo-specific equipment centers on flow and ergonomics, he says. “I have a low-volume, high-quality practice. I don’t see more than one patient at a time, so my goal was to have two fully equipped operatories rather than trying to squeeze more in.” Patient chairs have narrow backs, enabling Dr. Boehne to sit close, and he procured cordless equipment for its tidiness and ergonomic benefits whenever possible.

It all makes a difference, he observes. “Patients see the look of the office as a reflection of your work. It’s important to have an office that looks nice. At the same time, I think it’s a mistake to be over-the-top, because patients feel like they’re paying for your decorations.” 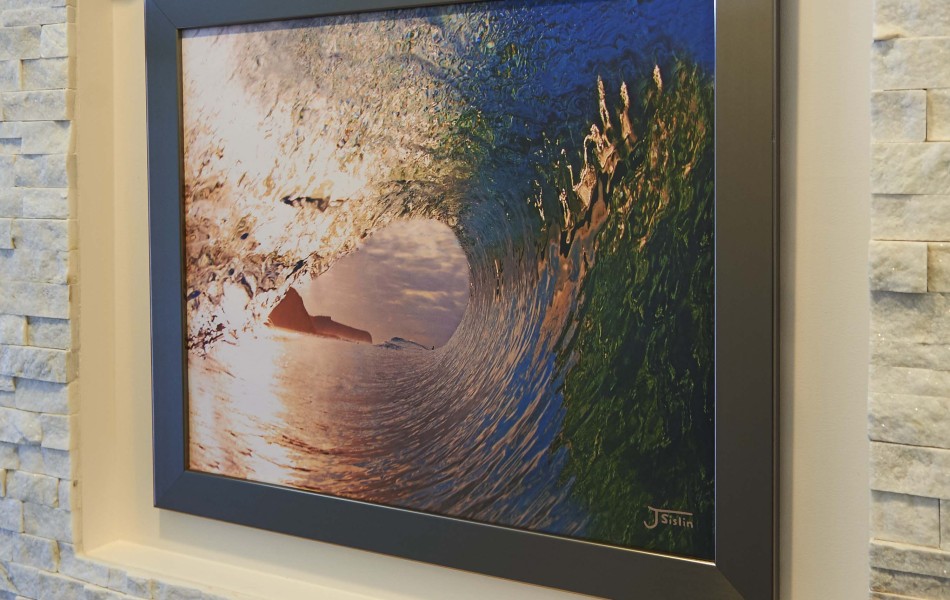 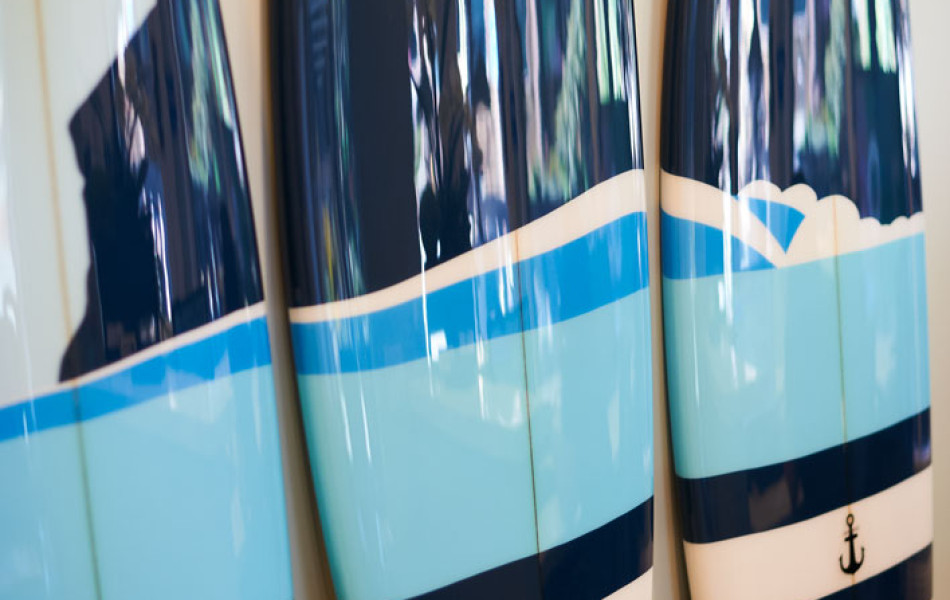 To that end, Dr. Boehne found satisfaction in coming in at $296,000, more than 100,000 under budget for the three-month construction. “Almost every patient says it’s one of the nicest dental offices they’ve been in,” he says. “They say it feels calming or relaxing – which is what you want at an endodontic office.” 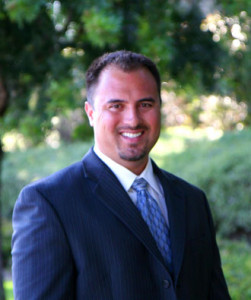 “IT DOESN’T HAVE TO BE AS EXPENSIVE AS YOU THINK. Everything is negotiable. Don’t be afraid of getting used equipment – my cabinetry is off the showroom floor, and my chairs were used in Benco Dental’s booth [at a trade show]. I also found a great contractor who was significantly more reasonable than the three “dental-specific” contractors I interviewed.”